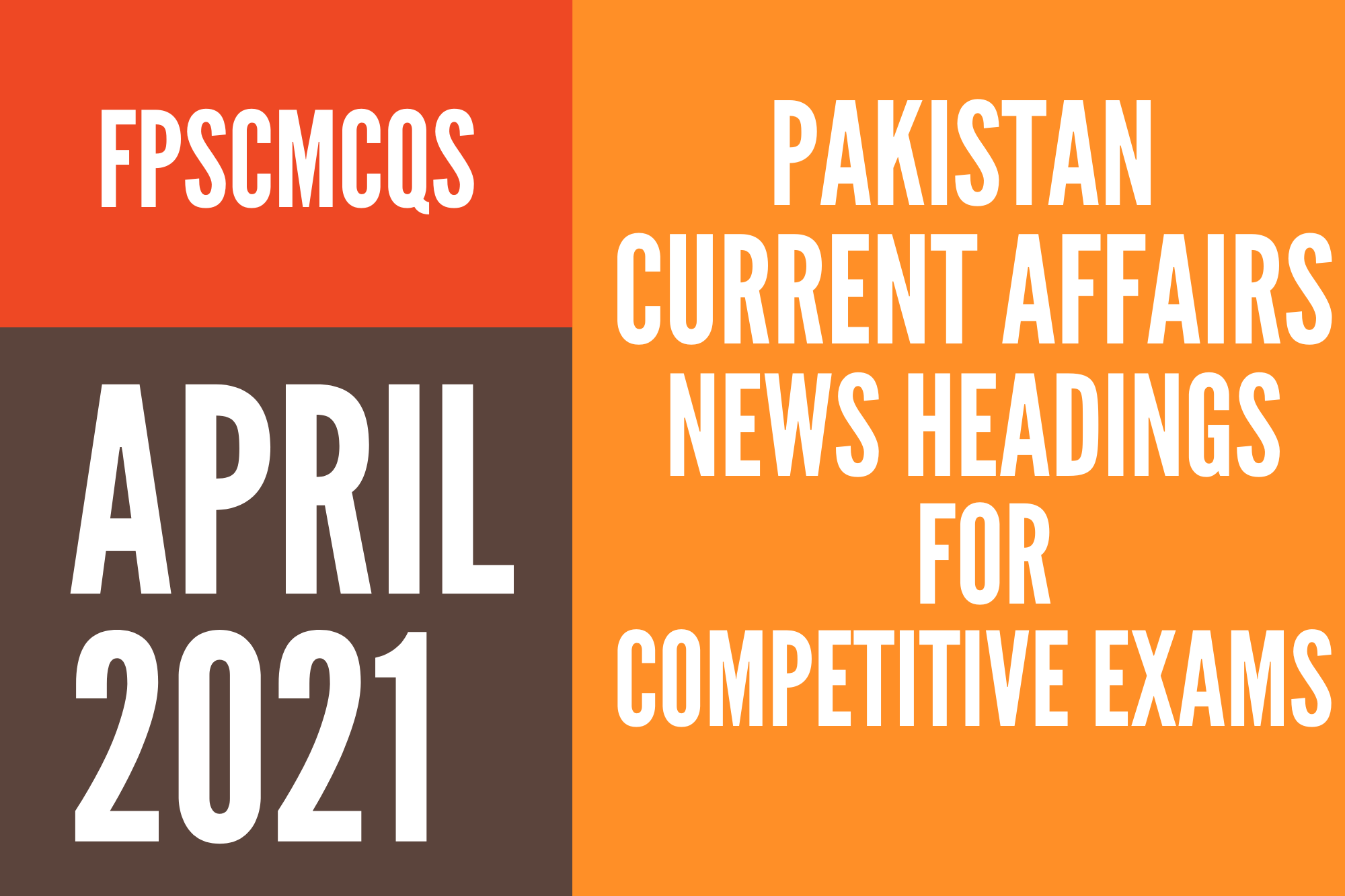 Reading a newspaper is quite a good task in order to make the preparation. But’s it’s pretty lengthy as well. Here, I would suggest you prepare from this site, which will really provide you the best classroom feeling and you will get the sound knowledge of all the subjects and which will easy to memorize as well. Here we will provide you Pakistan Current Affairs Newspaper Headings and day-by-day Pakistan Current Affairs April 2021 about national and international with a brief, and also find all subjects solved papers & Mcqs, it will help you for preparation of your Competitive Exams in Pakistan.

Here you can Find Pakistan Current Affairs Newspaper Headings with descriptions & Solved Past Papers For the Preparation Of your FPSC, PPSC, CSS, PTS, NTS, and Other Competitive Exams in Pakistan.

HERE YOU CAN ALSO FIND…