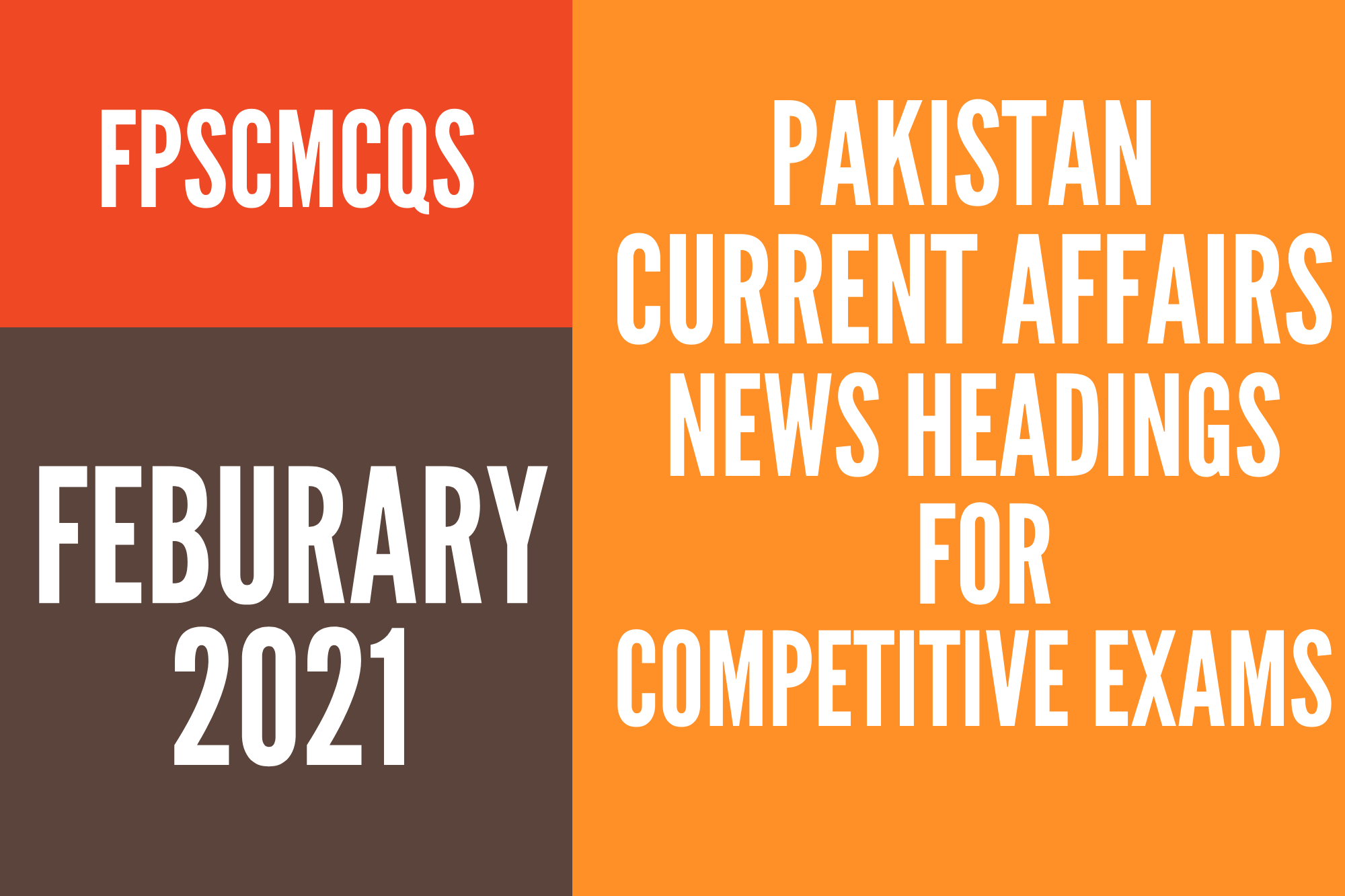 Current affairs are that news that is popular than the others and one needs to know to be aware of the recent happenings, both national and international. Media is the body that plays a crucial role so that all the people of the country stay updated about the happenings around them. Gk and Current Affairs play a crucial role in the competitive exam preparation as well as it makes you more knowledgeable. It is important to follow a trusted source to stay updated with daily news and updates. Here you can find day by day Top Pakistan Current Affairs February 2021.

Tehsildar & Naib Tehsildar MCQs For FPSC,PPSC,NTS and Other Govt Job Exam The Tehsildar is a State Government’s Key Position....

HISTORY OF ENGLISH LITERATURE SOLVED MCQS FOR COMPETITIVE EXAMS  English Literature is about understanding human relations throughout the centuries and...

TOP PAKISTAN CURRENT AFFAIRS- JANUARY 2021 In Competitive Exams, it is important to get oneself aware of the World and...