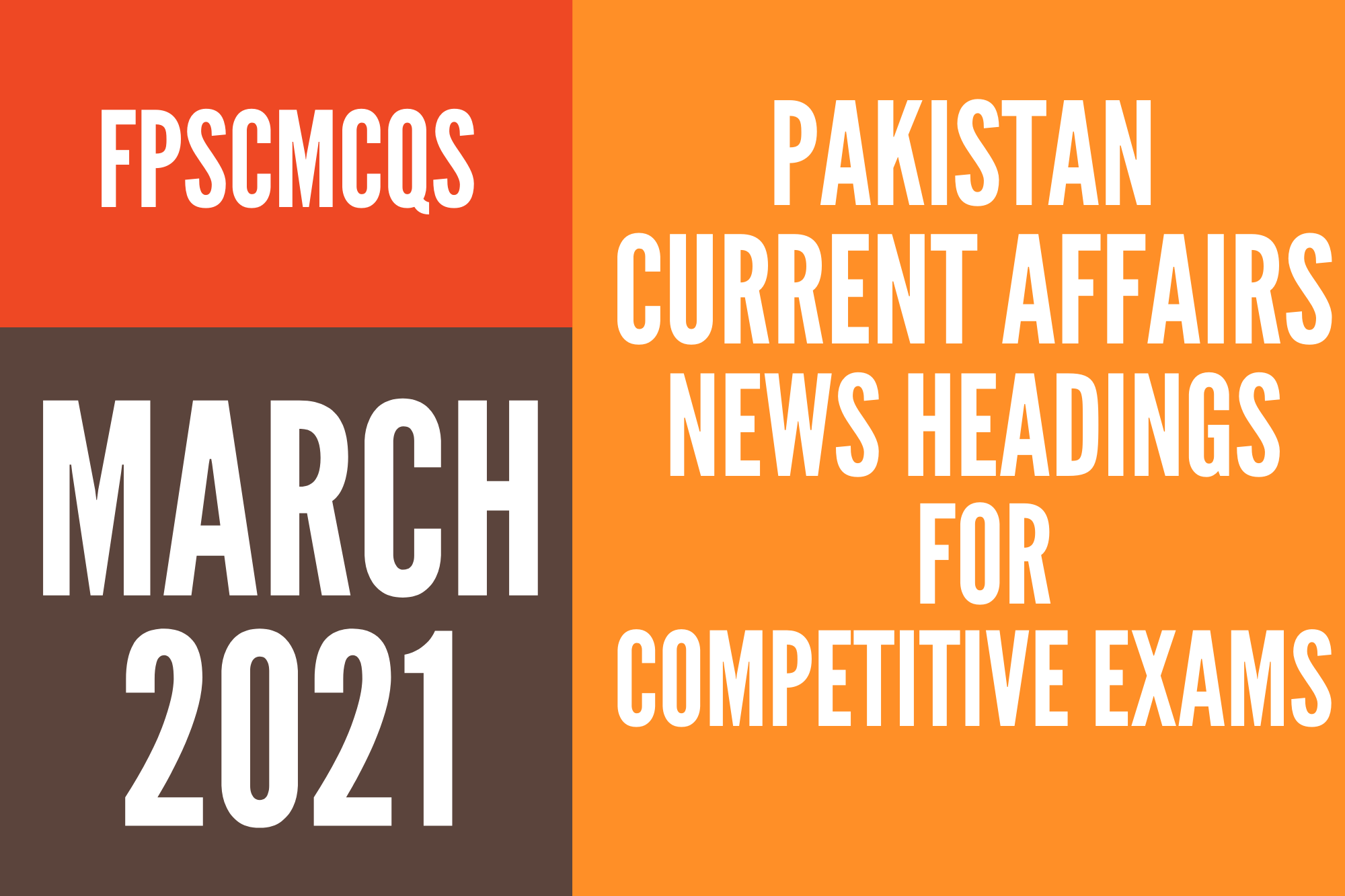 We all accept the fact that reading newspapers is important for the preparation for competitive exams. It becomes even more important for current affairs like FPSC, NTS, CSS, PPSC, SPSC, BPSC, KPSC, PTS, OTS, BTS, and other Govt Jobs Exams. There is so much to read in a newspaper every day. It is virtually impossible to read each and everything and remember it. I would even say that reading everything and trying to remember everything is more harmful than it is helpful. Here we will provide Pakistan’s Latest Newspapers Headings & Solved papers, Latest news about Pakistan and all over the world for the Preparation of your competitive Exams.

Here You can Also Download it in word format …

TOP PAKISTAN CURRENT AFFAIRS- JANUARY 2021 In Competitive Exams, it is important to get oneself aware of the World and...

TOP PAKISTAN CURRENT AFFAIRS- APRIL 2021 Reading a newspaper is quite a good task in order to make the preparation....